Please see below for a message from our friends at Moneycorp…

With the Brexit polls narrowing it seems like the referendum results are too close to call, which in turn is driving volatility in the currency markets as different polling results are released.

In the UK this week, polls from both ICM and YouGov, showed that the campaign for Britain to leave the European Union has taken a 4-5% lead in the lead up to the June 23 Referendum, which sent sterling towards three-week lows against the US dollar. Of the eight most recently published surveys, one opinion poll was tied, two showed the ‘Remain’ camp ahead and five have showed the ‘Leave’ camp in the lead, including a TNS online poll published on Monday and two previous ICM polls published last Tuesday.

Below are some opinions of 5 top financial institutions on the potential impact of a Brexit on sterling. 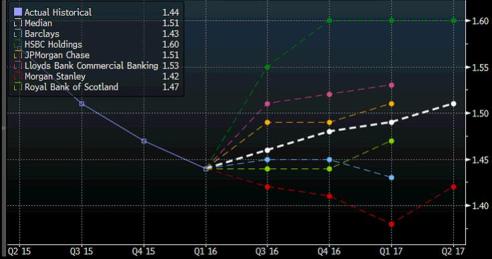 Whatever your opinions on Brexit, this is a very volatile time in the currency market, and many of your clients may be looking to hedge, or seek advice to ensure they are getting the most out of their money.

For more information, feel free to get in touch with our contact Tobias Woodward at tobias.woodward@moneycorp.com